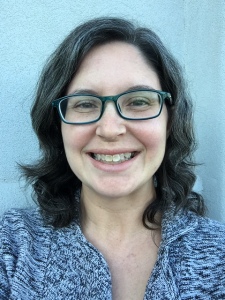 Kristin Netterstrom Higgins of Bryant has been named president of Arkansas Press Women for a second term.

APW was established in 1949 to give women a voice in journalism during a time when many women published family-owned newspapers but were unable to compete in writing contests or assume leadership roles in existing journalism organizations.

Netterstrom Higgins, a member of APW since 2004, was first elected president of APW in 2017. She works at the Public Policy Center at the University of Arkansas System Division of Agriculture in Little Rock. Previously, Netterstrom Higgins covered Little Rock City Hall for the Arkansas Democrat-Gazette.

“I am honored to be leading APW in its 70th year, thinking of all the amazing women who came before me,” Netterstrom Higgins said Saturday, Oct. 12 after the membership meeting and fall mini conference.

“This is a challenging time for women and men in the media. I want APW to continue to be an organization that helps communicators develop their skills and connect with writers across the state. We are living in a digital society but nothing can replace that in-person connection that a statewide organization can provide.”

APW provides a college scholarship to an Arkansas communications major, continuing education for a variety of communication professionals and hosts a high school journalism contest in affiliation with the National Federation of Press Women. APW will be the 2020 host for the NFPW Annual Conference in Little Rock in June.

Along with Netterstrom Higgins, APW members selected Debbie Miller of Bentonville to be secretary. Miller is an assistant professor of communications at John Brown University. Members also selected Richard Plotkin of Conway as treasurer. Plotkin is retired from the Arkansas State Bank Department.

The elections took place at APW’s fall conference, featuring Rob Wells from the University of Arkansas teaching a crash course in Tableau. Holly Fish of Women in Networking and Maggie McNeary from the Society of Professional Journalists – Arkansas chapter also spoke at the fall meeting.